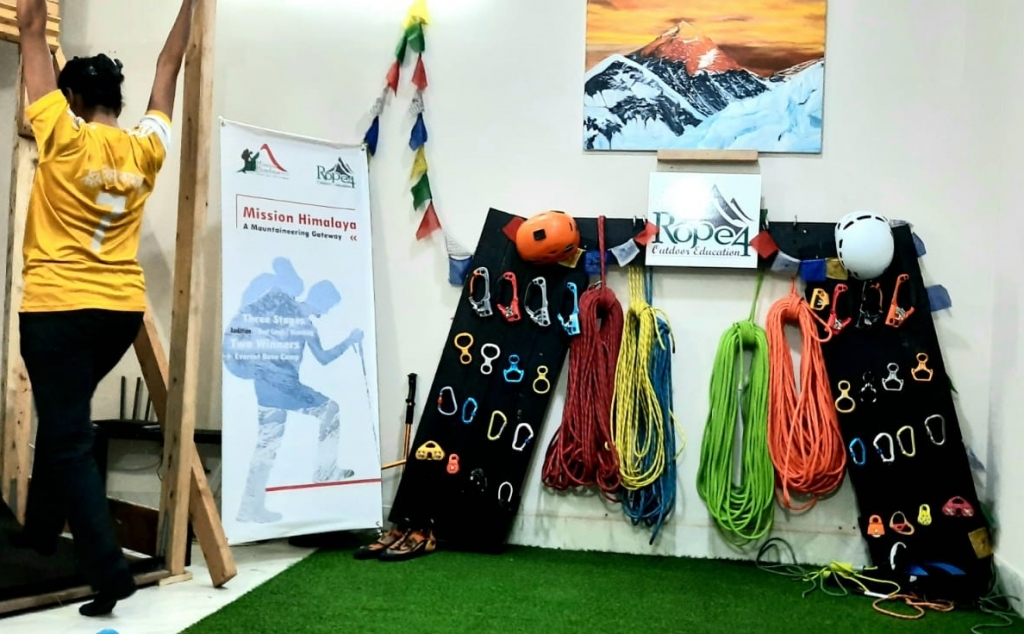 Mission Himalaya is an initiative by Rope4 Outdoor Education to inspire and motivate young people toward a healthy lifestyle through Mountaineering! This journey consists of an application, audition, training camp, grooming, and an awarded high-altitude expedition. This year the award is the Everest Base Camp trekking expedition. Mission Himalaya 2022 audition is the first formal step to shortlisting for the training step.

After the successful chapter of 2018 and 2019, this year, a total of 120 enthusiasts applied for the audition from 40 different districts of Bangladesh. A total of 75 participants appeared for an audition on 17th and 18th June 2022. A panel of highly experienced Mountaineers and Adventure Activists moderated the audition where participants’ mental and physical strength were judged. Most importantly their level of motivation and enthusiasm were judged meticulously! For a few participants, senses of humor, balance, IQ, prediction, ideology, and hobbies were asked to represent. A few participants showed extracurricular activities, such as singing, dancing, and martial arts as well.

The participants were a combination of experienced and laymen. A huge number of Marathon Runners participated in the audition, which gave Rope4 a different orientation for spreading the mountaineering message to a diverse community. The panel experienced Swimmers, Fitness Trainers, Rescuers, Cyclists, Doctors, Physiotherapists, Architects, Businessmen, Fencing Experts, Volunteers, Students, and so on…

This was a tough job for the panel to shortlist among 75 as most of them were very much enthusiasts. As Mission Himalaya is a platform to motivate people to adopt a mountaineering lifestyle and continue, an initial shortlisting was done by each panel member and collectively the team found the most enthusiasts 30! The team kept 10 on a waiting list to be accommodated in the Boot Camp if anyone miss or cannot attend form 30. The Boot Camp will take place on 2-5  September 2022 in the Chittagong Hill Trek area. The best two will be awarded for the Everest Base Camp trekking expedition in October 2022. This year, Rope4 is fully sponsoring the expedition which will cover the airfare, permission, and related trekking costs for two Winners, Team Leader and the team coordinator.

Rope4 is a nonprofit organization inspiring young people to safe mountaineering as part of their social contribution to the youth development of the country. Rope4 operates such an alternative youth development initiative from its own strength and small support from sponsors! They have been organizing this event along with other initiatives from the year 2017. The Founders of Rope4 are committed to lead young people toward a healthy lifestyle.

About the Author: Rope4

Rope4 is an open platform that promotes alternative youth development in Bangladesh. With the motto of 'learn & share', this platform has extended the opportunity to motivate young people for a healthy lifestyle to be qualified for any outdoor and adventurous activities. Rope4 introduced 'Mission Himalaya' which is an exemplary award project to inspire potential young people for mountaineering. Rope4 practices ZERO tolerance for smoking and other harmful drugs.